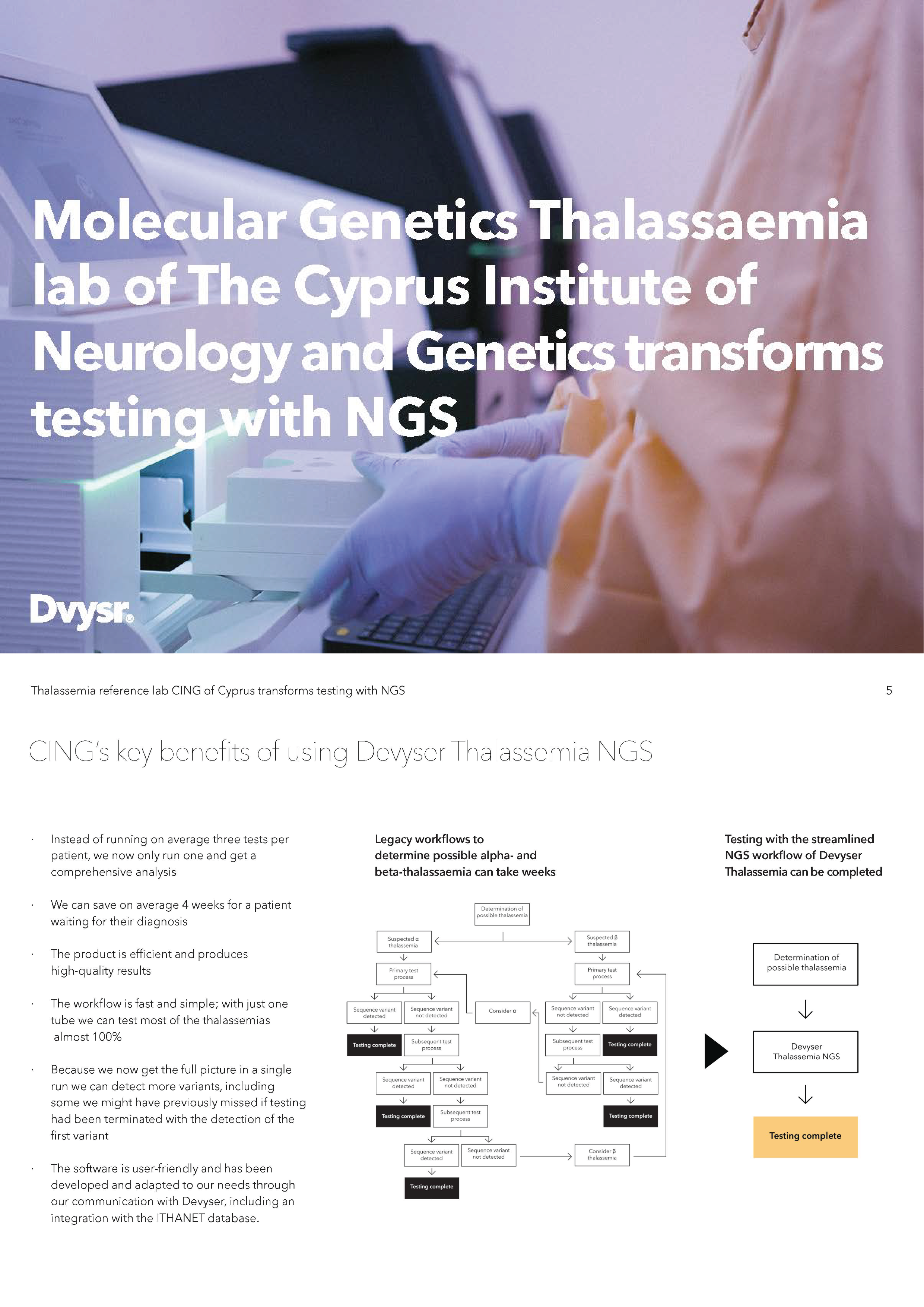 In this case study Dr. Papasavva describes her laboratory’s journey from traditional thalassemia testing to a state-of-the-art NGS technology and what a difference this has made in their daily work.

In this case study Dr. Papasavva describes her laboratory’s journey from traditional thalassemia testing to a state-of-the-art NGS technology and what a difference this has made in their daily work.

CING is part of the National Thalassemia prevention program where the genetic analysis and prenatal diagnosis is performed. The Thalassemia Screening Laboratory is responsible for identifying thalassemia carriers through hematological testing using capillary electrophoresis. Once the carriers are identified they are passed over to CING for third level testing through molecular genetic analysis of the samples.

Molecular testing for thalassemia usually involves a patchwork of methods to check for all possible variants,  which was also the case at CING. They made use of all the conventional molecular techniques such as PCR, real-time PCR,MLPA, Sanger sequencing and Mini sequencing.

Every population has a set of variants that are more prevalent than others and in Cyprus there are seven beta thalassemia pathogenic variants that make up about 99% of  all beta thalassemia cases. One of these variants is responsible for about 80%. CING’s strategy was to test at the beginning for the most common variants. If they didn’t find it, they moved on to test for a different variant. This process was repeated until a variant was found. Thus, they had to conduct a series of tests before they reached the final analysis. This procedure was implemented for beta thalassemia genetic analysis as well as for alpha thalassemia.