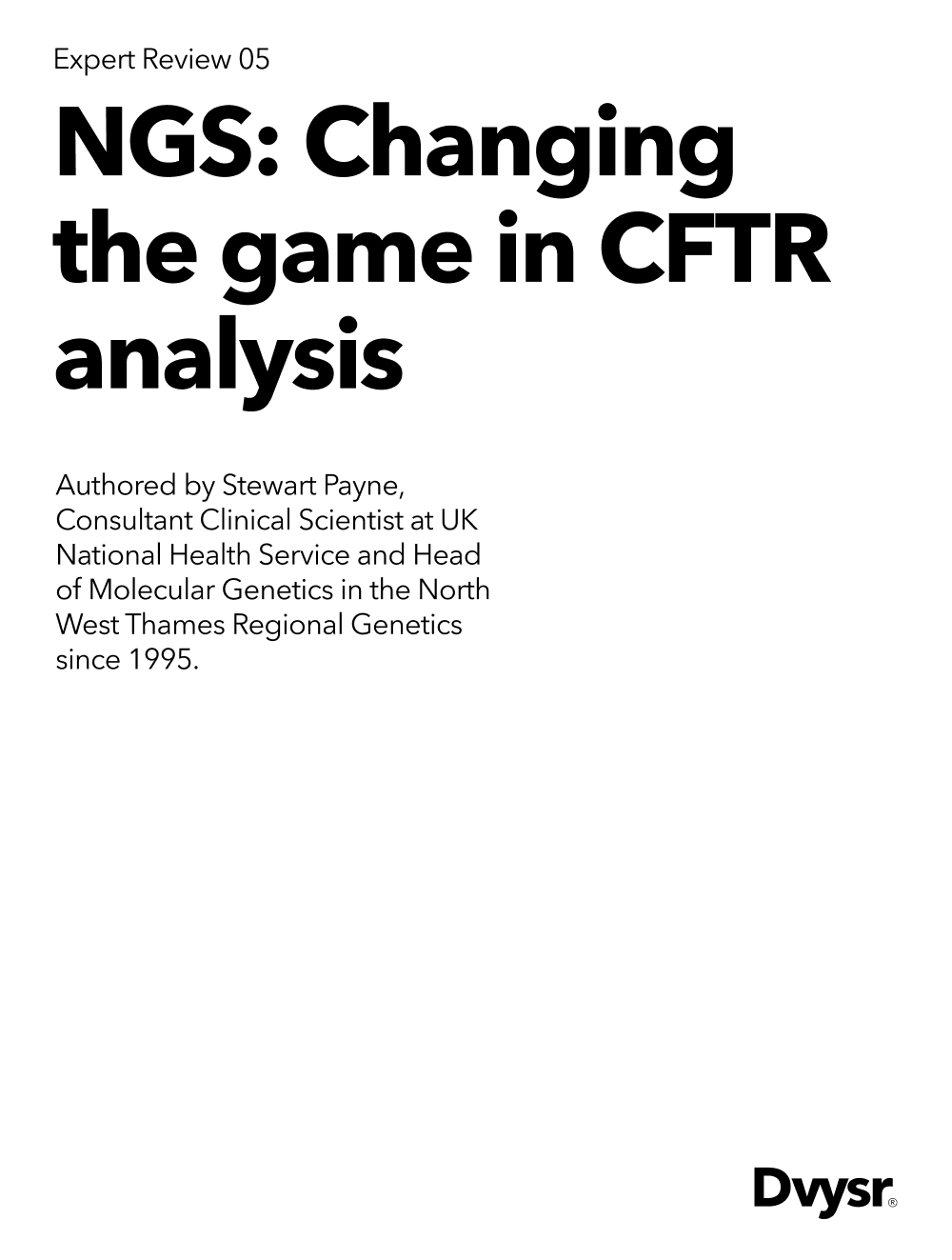 Next Generation Sequencing: Changing the game in CFTR analysis by Dr Stewart Payne

Many testing strategies have been developed in laboratories across the world. Optimal strategies generally include what might be termed “level 1” and “level 2” testing. Until the recent application of next generation sequencing (NGS), no single-pass assay has been capable of routinely screening for all published CFTR mutations. Multi-level testing has therefore been a cost-effective strategy to maximise mutation detection in populations where a small number of common mutations account for a significant proportion of the overall mutation spectrum.

This whitepaper is authored by Stewart Payne, Consultant Clinical Scientist at UK National Health Service and Head of Molecular Genetics in the North West Thames Regional Genetics since 1995. Stewart’s laboratory was one of few in the UK offering CFTR whole gene analysis by Sanger sequencing and has recently translated whole gene analysis to next generation sequencing.

When CFTR was identified as the CF gene in 1989, there was no accepted convention for genetic variant nomenclature. As pathogenic mutations were characterised by various research groups, they were named using a semi-formal convention based on the original published cDNA (GenBank accession M28668) or coding amino acid. In recent years, the need for a common, systematic and unequivocal convention for variant nomenclature has been promoted by the Human Genome Variation Society (HGVS) 3 and the application of this convention has been adopted by CF testing laboratories.