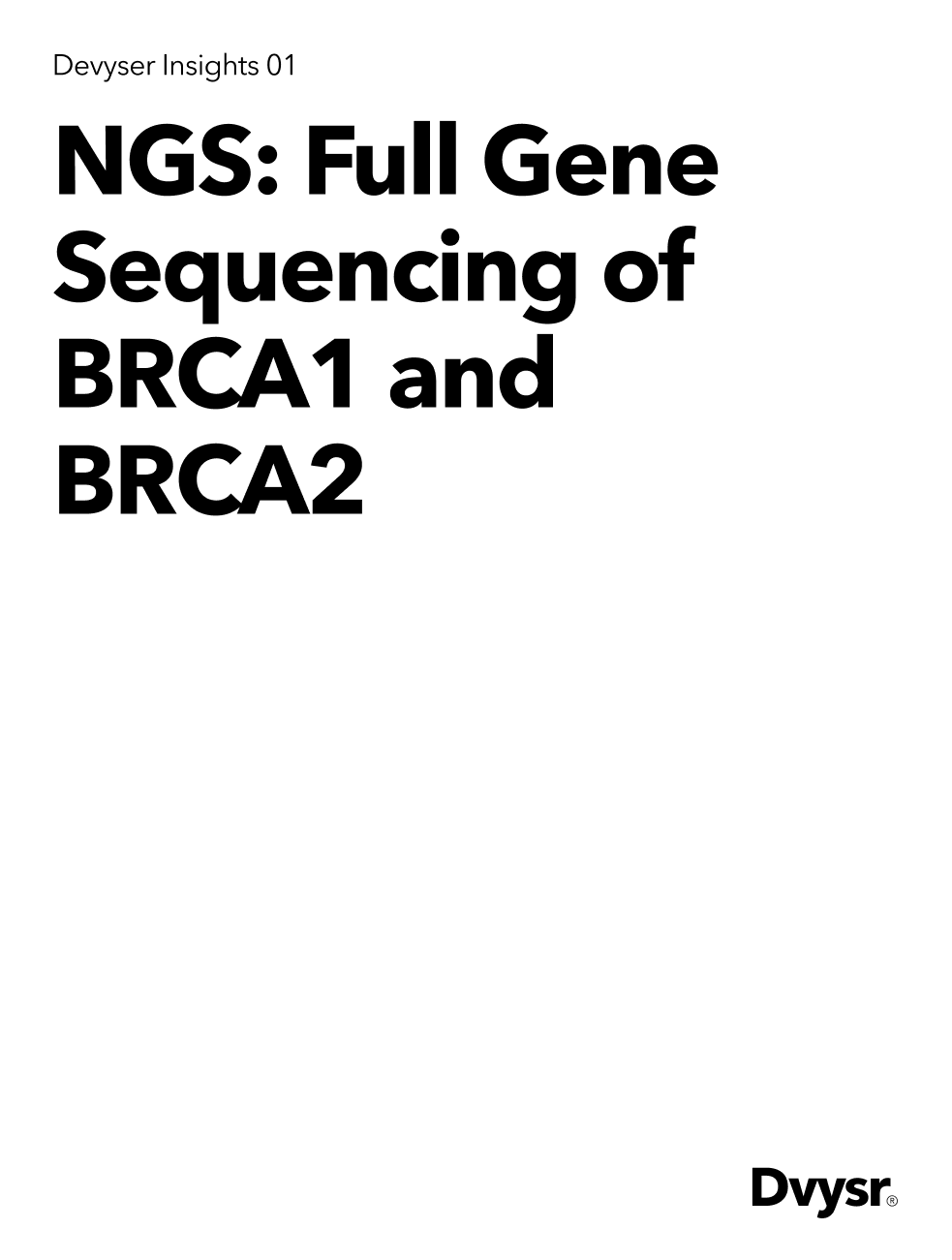 Next Generation Sequencing: Full gene sequencing of BRCA1 and BRCA2

With the increasing use of new sequencing technologies such as NGS, the number of detected variants in BRCA1 and BRCA2 are increasing fast. As a consequence, the absolute numbers of Variants of Uncertain Significance (VUS) are also increasing. It will eventually be possible to classify these variants as more studies are completed, but for now the uncertainty concerning their clinical importance remains. When one or more VUS are detected in patients undergoing genetic testing of BRCA1 and BRCA2, counseling is difficult.

This paper describes current initiatives to classify and interpret VUS in BRCA1 and BRCA2, and how laboratories can contribute to these efforts and ultimately improve the counseling of tested patients.

Since several databases harbor information on gene variants for BRCA1 and 2, it is difficult to estimate the exact number of known variations. The number of mutations described in BRCA1 and BRCA2 remains unclear but more than 2000 distinct rare variants, as for instance intronic changes, missense mutations and small in-frame insertions and deletions, have been reported in BRCA1 and BRCA2 (Breast Cancer Information Core; www.research.nhgri.nih.gov/bic ) (Walsh, Nathanson et al. 2016).

Several assays have been developed to determine whether or not a certain variant is pathogenic (Goldgar, Easton et al. 2004, Moghadasi, Hofland et al. 2013). These methods include, among others, functional assays of BRCA1 and 2 proteins in vitro, association studies of certain variants with disease, analysis of tumor DNA and studies of co-segregation of variants in families (Moghadasi, Hofland et al. 2013). There is however, also the possibility of an in-silico prediction of gene function following detection of variants in BRCA1 or 2 (see below). This prediction of remaining protein function is based on the possible consequences of DNA sequence changes for effect on DNA transcription, mRNA splicing or protein structure (Moghadasi, Hofland et al. 2013).